Many of you asked me to write a post on my exam day experience. So here it is. Like many of the test takers, I was also nervous a few days before the exam.

But I kind of knew I am ready for this. You will also get that feeling too. I mean after passing 3 to 4 NBMEs with a good score your confidence level becomes sky high. So yes you will be little nervous but that’s normal.

Now, the day before the exam I stopped studying. I just prayed, prepared small snacks, bought chocolates and water bottles. I also kept a habit of waking up at 5 AM from three weeks before the exam since I had to take the exam in the morning. On the day of the exam I drove to the prometric center 45 minutes early.

They did not even open the prometric center. So, I just stood outside and chit chat with my brother. As soon as they opened the gate, I went inside and did the paper works and received the key for the locker, where I kept all my belongings.

I then went inside the scanning room, where they took my finger print and scanned my body with a hand scanner.  Pretty simple and went fast, since they already had my finger print from before (I took the practice exam before).

Once you are done with the scanning and fingerprint, they will give you a dry eraser, 2 markers, and 2 plastic boards to write anything during the exam. They also made me write my CIN number on top of the board because you will need that to login into the computer.

Now a lady walked me into the testing room and assigned me a computer. Before I started with anything, I prayed and wrote down few biostatistics formula on the plastic board but I never used it though.

Now block 1 started and it felt just like doing a USMLE World block. Some of the questions you will know and some you will have no idea. That is pretty normal. My first block was way too easy and I am like damn why do people say its hard. I finished the first block 5 minutes earlier then the block time and decided to do the second block right away.

Second block was tough!! I did not have a timing issue but it was just tough. I had few lab mouse questions where they do the genetic testing and those rubbish! I am sure you guys know what I am talking about. I will say the hardness of block 2 was 8/10. After block 2, I took 10 minutes break and took few bites on the snacks, drank some water and washed my face.

The last block wasn’t so hard. I finished the block 15 minutes before the block time and closed my eyes, prayed and then ended the blocked.

Once you are done you will have to take a survey of how the exam went, how the computer system and the prometric center was. I just selected excellent on everything because I wanted to leave already!

This is what he said, “if you found 2 blocks very tough and rest of the blocks were easy to medium hard then you will score very high”. And I took his words and went home and prayed and went out with the family.

That’s about it! Now you guys have my exam day experience! And here is my score experience. Let me know if you guys have any questions. You can comment below or contact me. 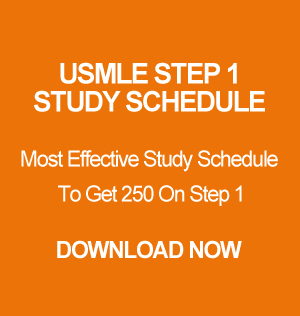